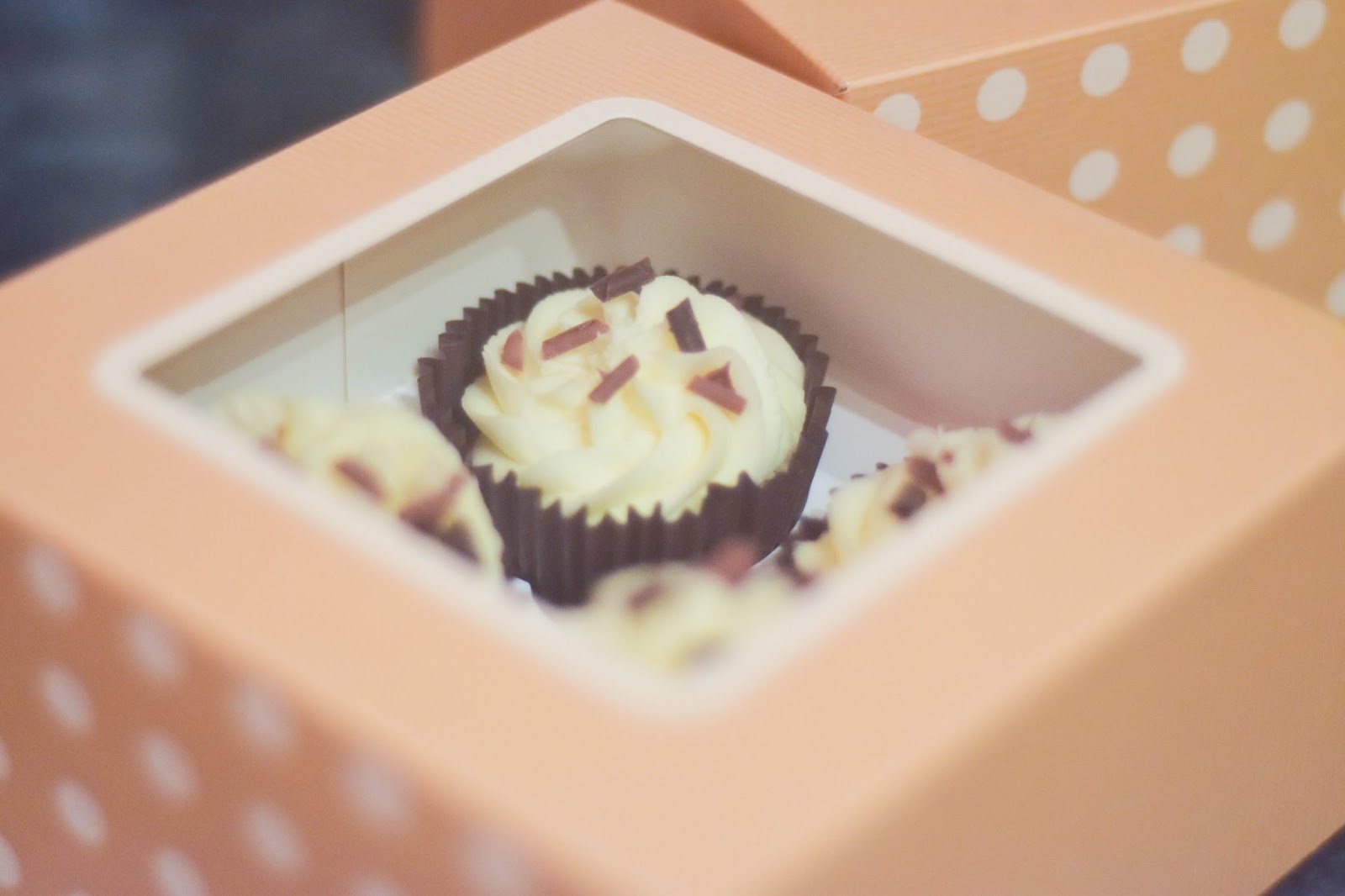 Im not the best baker in the world but baking is something that I enjoy doing when I have the energy. The other day I really felt like baking some cupcakes and I couldn’t find any of my recipe books so I did the next best thing.
I googled for a recipe.
We’ve all done it. Hey, there’s a recipe out there for pretty much anything you want to bake.
I had in mind what kind of cupcakes I wanted to do 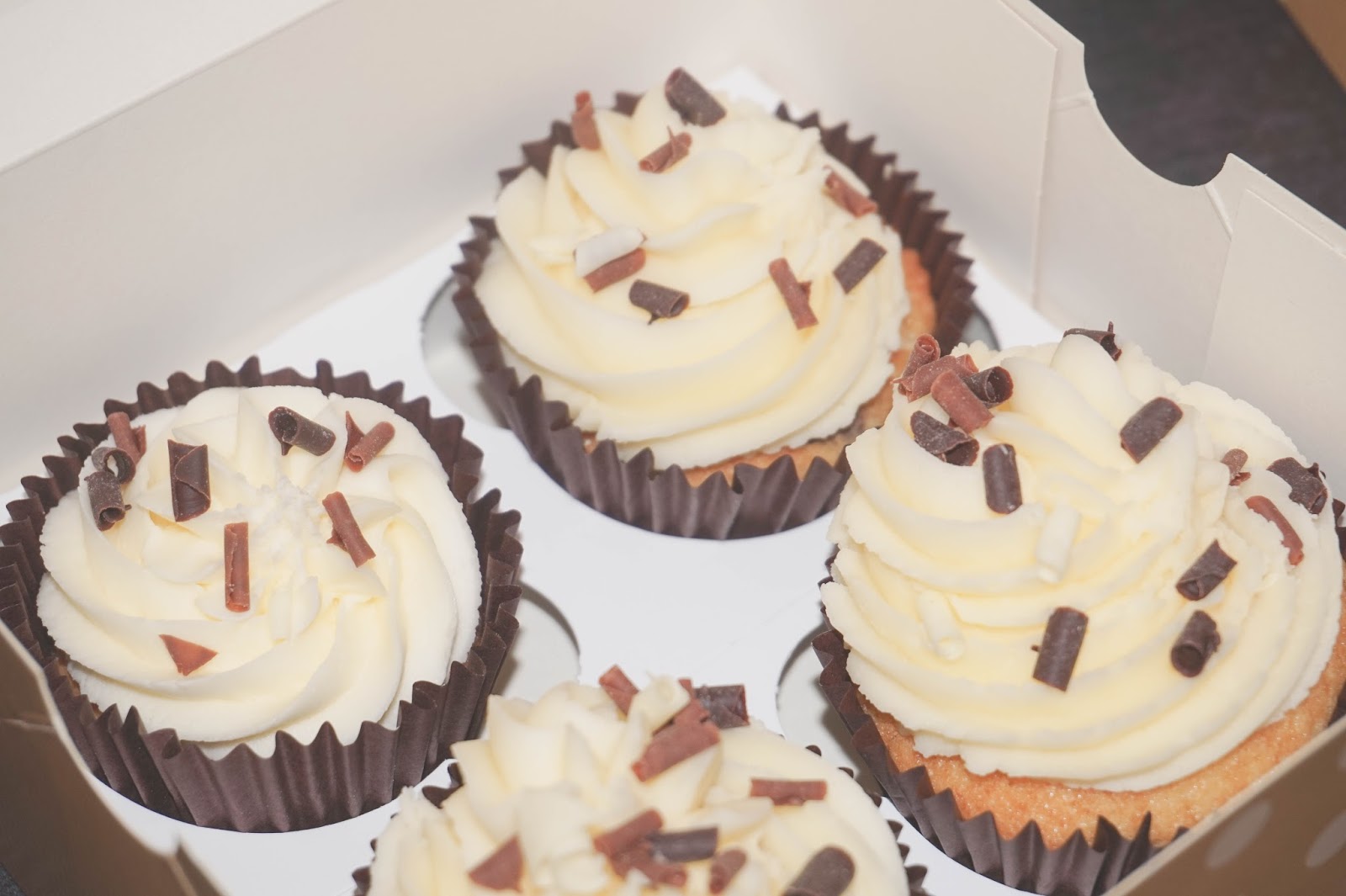 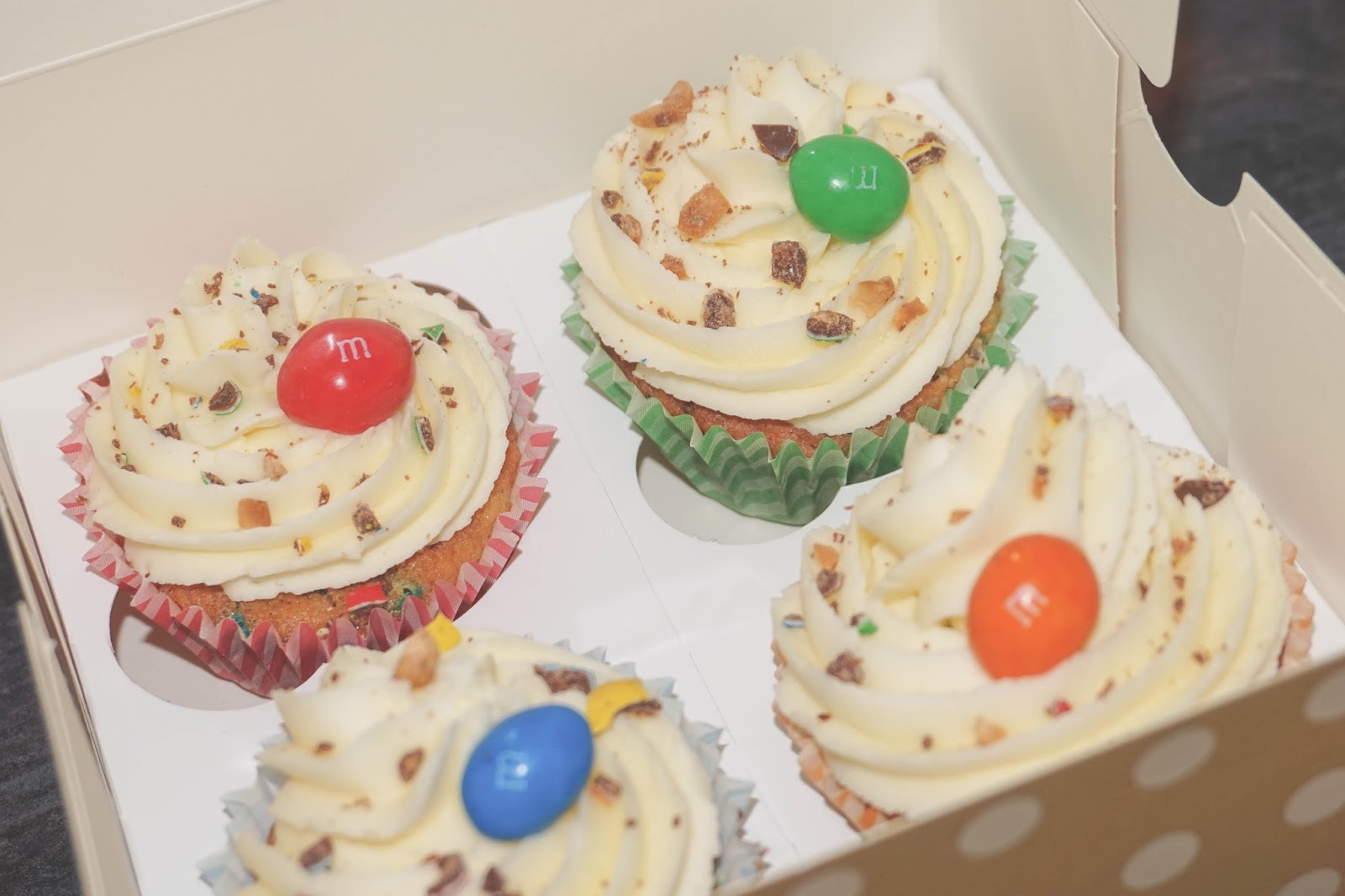 To make the cupcakes:

○ Cream together the butter and sugar until pale.

○ Gradually beat in the eggs a little at a time.

○ Fold in the flour, using a large metal spoon, adding a little milk until the mixture is of dropping consistency.

○ If you want to add in a filling, such as chocolate chips or crushed peanut M&Ms like I did, add them now.

○ Bake in the preheated oven for 10-15 minutes, or until golden brown.

○ Leave to cool on a wire rack.

To make the buttercream icing:

○ Beat the butter into a large bowl until soft.

○ Add half the icing sugar and beat until smooth.

○ Add the remaining icing sugar with one tablespoon of the milk, adding more milk if necessary.

○ Add the food colouring and mix until well combined.

○ Spoon the icing into a piping bag with a star nozzle and pipe the icing using a spiralling motion onto the cup cakes in a large swirl.

○ If you want to you can now add some toppings. I added chocolate swirls to the chocolate chip cupcakes and crushed peanut M&Ms to the peanut M&Ms ones. 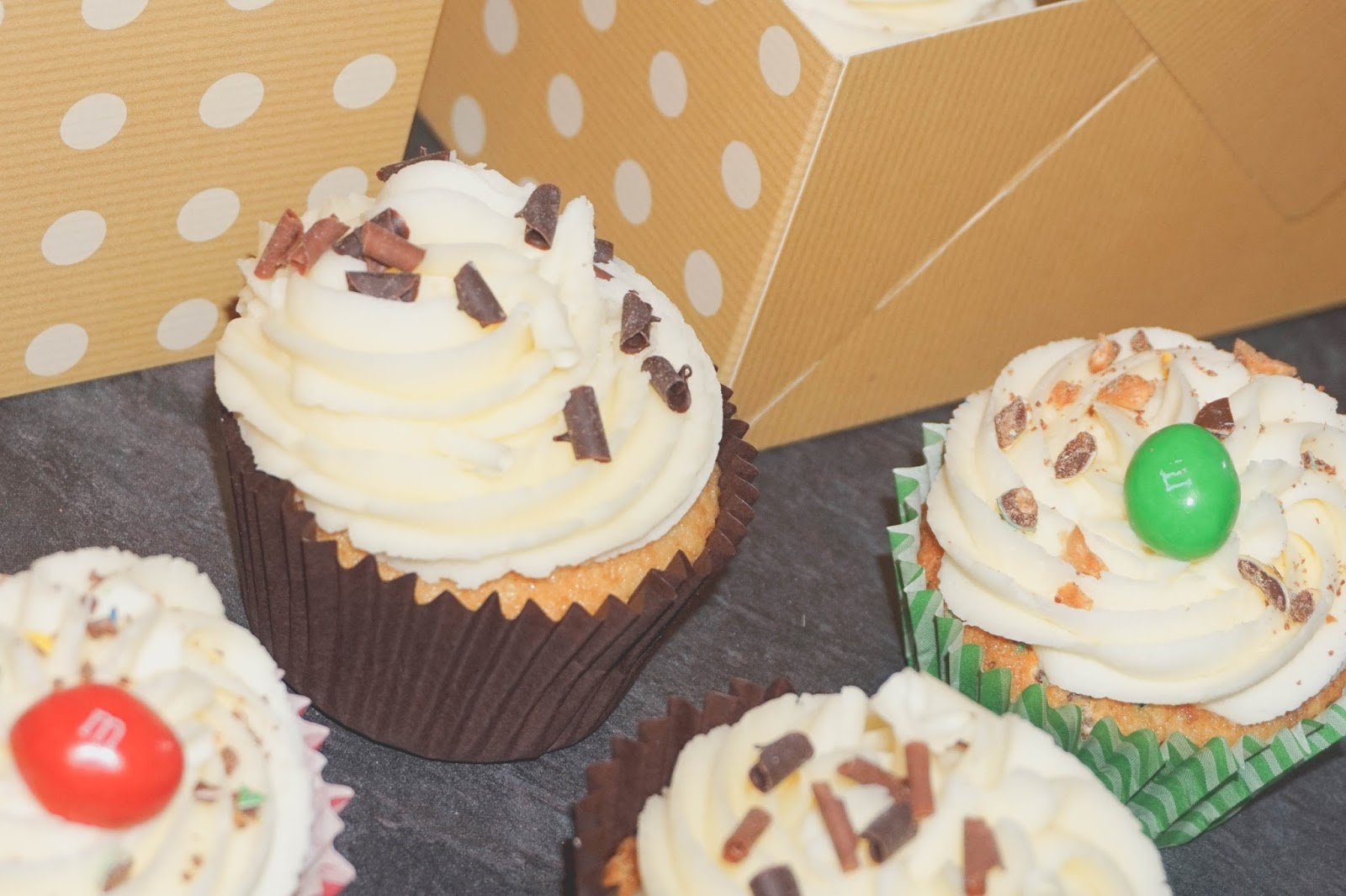 and there we have it!
Super simple cupcakes that look pretty good! I hadn’t iced a cupcake in… just under a year so not all of them turned out too pretty but they all apparently tasted super nice! Which is all that really matters in the end.

I also made some plain cupcakes but when decorating them they also got chocolate swirls on them so I cant tell the difference now. Soz.

I just wanted to show you the cupcakes tbh. They’re the prettiest ones I’ve made to date…
–
H