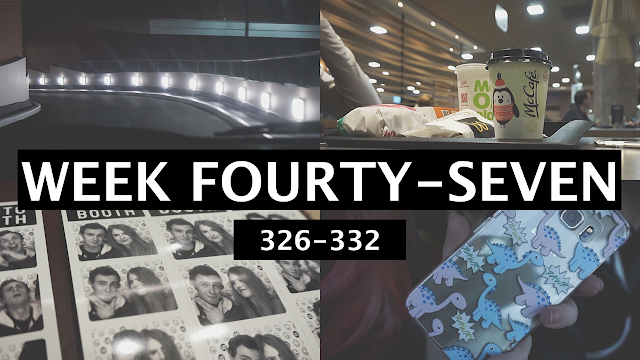 Week 47 was a nice week.
Spent the majority of Monday with Alex. Got some food, did some shopping etc etc

skip forward to Thursday I wanted to bake some cupcakes and so I dragged Magda to the shop to get some ingredients, stopped off at mcdonalds and then spent the rest of the night baking cupcakes.
Recipe is on the blog.
Also found out my week 46 vlog had been copyright claimed lol.

On Friday Alex has his driving test (which he passed!!wooo!!!!) and I dropped off his celebratory cupcakes then headed over to Beckys. She was still a lil sick but I dragged her outside and we got some food and printed off some photos.

On Saturday a wig I had ordered had arrived so I did my makeup and took some photos and then Alex randomly came over and we went out for some food.

Sunday I was feeling really unwell, Alex surprised me by coming over after work and just kinda talked to me while I drifted in and out of sleep.. later got a sandwich and watched some youtube videos.

–
H
ps. WEEK 46 got copyright claimed on youtube thanks to the 18 seconds of xfactor that was included. Have sent a dispute but the claiment can take up to a month to respond, until then the video us blocked in the UK and they get all the adsense
(lol, what adsense)