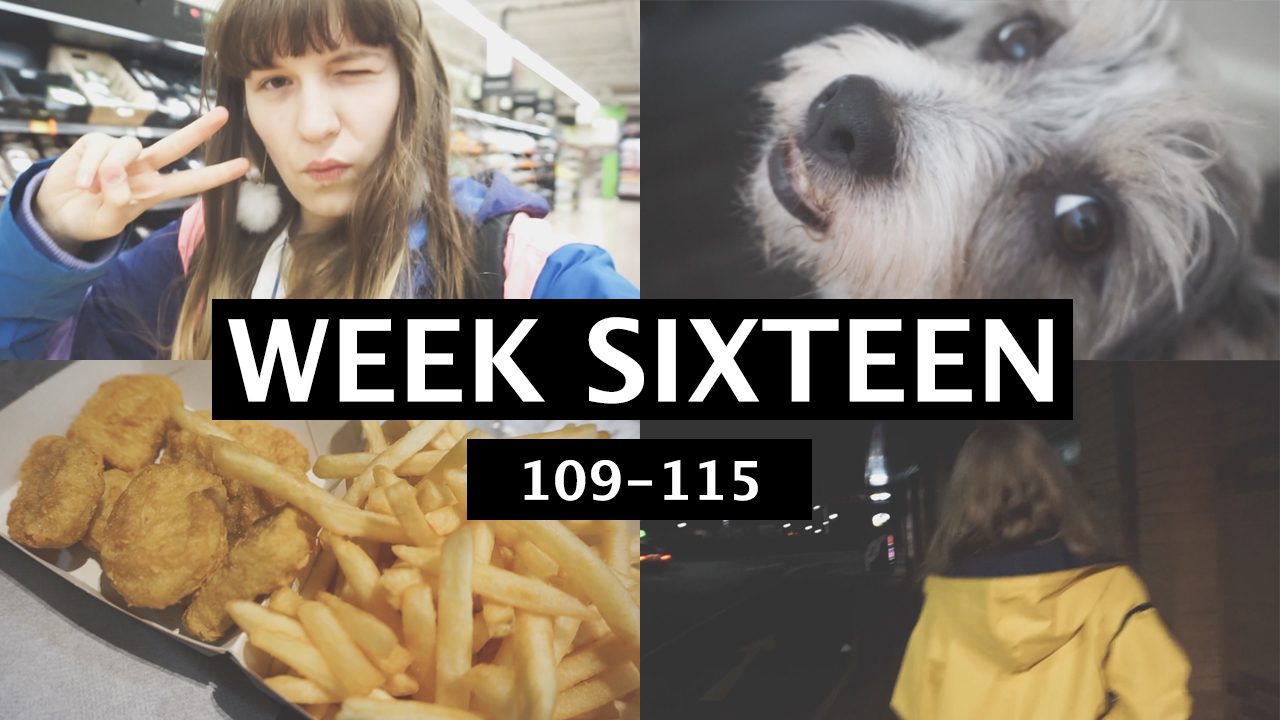 This week hasn’t been a very good one. Its been filled with disappointment and unwell-ness (is that a word?) but i’m still gonna do this so lets get started.

Monday was completely uneventful. On Tuesday I started the day off by breaking the screen on my phone and then spent a good couple hours trying to figure out how to back it up. I then filmed a video and started editing it and went to go see a friend. Very eventful compared to the day before. Wednesday was a lazy day and Thursday did not turn out how I expected it to at all. Instead of other plans I ended up meeting a friend after the sun had set and getting some things from the shop for my parents #best daughter ever
My friend and I got each other the same easter gift. How strange.

I didn’t sleep at all during the night so on Friday after my parents had gone to work and my phone had been picked up to go to the phone hospital I had a little four hour nap before slowly getting ready to take Missie to the vets. She’s really old and it sucks.
I felt really unwell on Saturday so I spent the majority of it in bed half awake half napping and spent an unusual amount on Twitter. Katy had tweeted that there were spaces for the #NWmeet thats happening next Saturday in Liverpool and I did what I always do when I feel unwell and made plans!
I booked train tickets and everything!!
I’m really excited even though I don’t know who else is going.
While figuring out which trains I was going to take and booking them I started a poll on twitter asking if I should go and get some chicken nuggets and the end result was : YES.
So we went and got lots of chicken nuggets to share.

On Sunday I dragged my mum out to the shops because I wanted to get some things but didn’t want to drive and for some reason forgot my camera and forgot to film. Not the worst thing in the world to happen though. Both of the things I wanted to get were out of stock and I went home and cried.. well.. not cried. Just stared at the online delivery fee convincing myself that £4 delivery for a £4 item its toooooo bad… 😒😒
I also attempted to look for something but stressed myself out so much before it wasn’t where I thought it was. It was kinda ridiculous really. I had to leave my room in a dramatic Jeremy-Kyle-Guest-Leaving-The-Stage-In-The-Middle-Of-An-Arguement way because all the air had gone and I couldn’t breath :’)

what is my life.