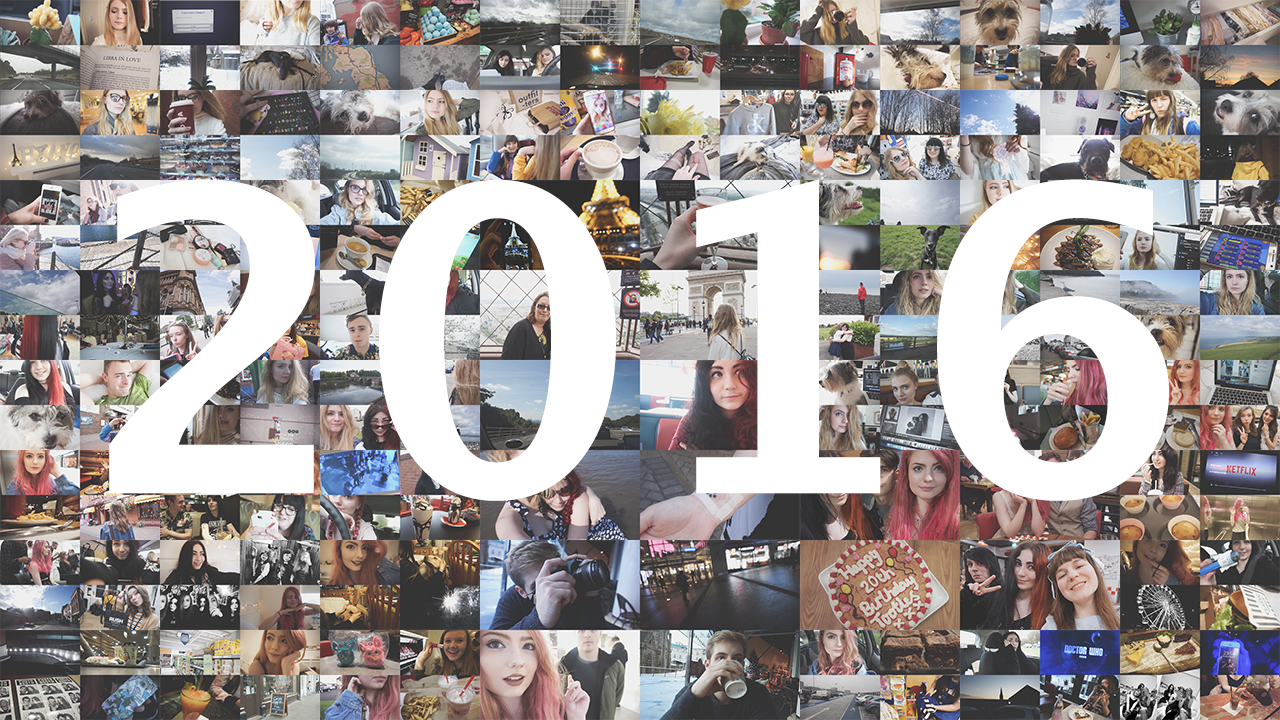 The vlogs are over! We did it! One whole year of weekly vlogging!!

2016 was such a strange year, so many things happened and my vlog camera was around to video every single bit of it. It was really tough, not gonna lie, as the year progressed the vlogs started going up later and later.. to the point where the last few were actually posted in 2017.
But I dont mind.
It was a new years resolution, a project of sorts.. and I managed it.
Not every single day was vlogged but a decent amount is now immortalised on my vlog channel.

Week 1; it all started.
Week 3; Magda introduced me to Bills, a place I now hold dearly in my heart.
My bedroom was completely transformed in the first ten or so weeks.
Week 17; I went to Liverpool all by myself to a bloggers event.
Week 20; I went to Paris with my mum and had a fab fab fab time vintage shopping and being all touristy.
Week 24; I tagged along to Beckys prom and in the process met Alex.
Week 25; single han is no more.
Week 27; I visited Olivia with Fii, got my hair permed and went on a family holiday.
Week 28-29; family holiday continued.
Weeks 32-33; I went on a little trip with Becky which was filled with many little adventures such as – a 6 hour round trip just for a brownie, and a spontaneous tattoo in Chester.
also was broken up with/had it taken back twice in the space of two days
Week 35; I DYED MY HAIR PINK!!
Week 36; I met Lizzie!!
Week 40; I turned 20 years old and got to celebrate with my fam as well as have another celebration with a bunch of my friends.
Week 42; I attended a the opening // press night of RUSH Hair and Beauty in Nottingham with Fii.
Week 43; I went on my first ever night out.
Week 45; I met my internet friend of six years for the first time ♡
Week 46; I attended a SSB meet with Magda and played my first ever game of Super Smash Bros.
Week 51; was filled with a whole bunch of Christmas-sy stuff.
and lastly but not least…..
Week 52; boxing day meal, a bad break up and Gail visited just in time for New Years and I went on my second ever night out with her, Magda and Becky…..and got very drunk thanks to a shot called A&E at Firebug.

AND THAT WAS MY YEAR!
I could not have picked a more odd year to film if I had tried.
Regrets? I have a few
but i’m glad I have this to look back on.

You can find all of the vlogs on my vlog channel –

Dying my hair brown with RUSH Nottingham
Stripes and spectacles