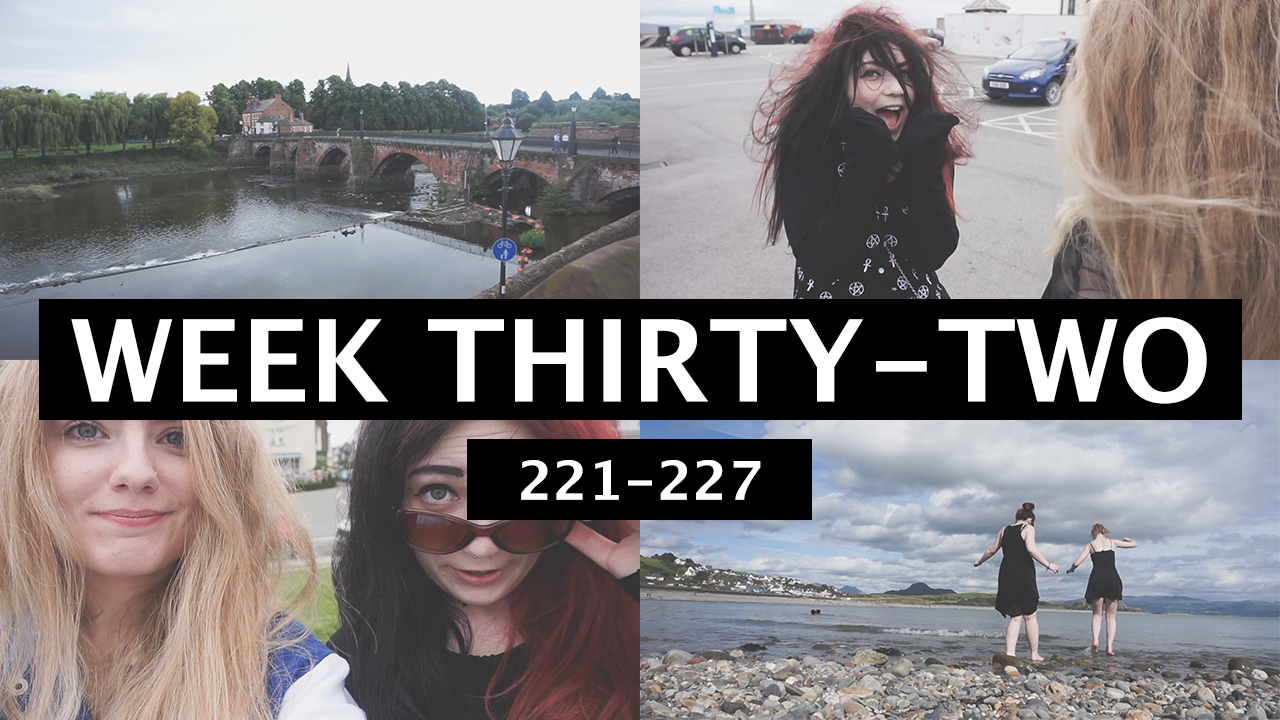 woah, okay, this video is a long one!

The week started off pretty slow but on Thursday I went away on a little trip with Becky – which is the reason that this is so late! I did try to edit it on my laptop but the poor thing couldn’t handle all of the video that we had filmed… I tried okay.

We went to Rhyl on Thursday and watched Finding Dory at the cinema before going into the arcades and spending way more hours than I am willing to admit playing on the 2p machines. It’s okay. It’s okay. They were all ones Becky had been saving for the past few years….we didn’t exchange any of our actual £.

On Friday we had a late start but eventually went to Chester and did some shopping and photo taking. We also revisited The Church which I will have a post up about .. at …. some point….. Until then you can just read the one I wrote last October 😉

On Saturday we went to Criccieth, which was a two hour drive away. The main mission was to revisit a cafe I went to a couple of family holidays ago because they made the best brownies known to man-kind. We also visited the beach and a few shops.

On Sunday we had a lazy day, which consisted of going to Chester to pay the deposit for a tattoo Becky wanted and getting brunch. Very nice relaxing day.

Week 33 should be up soon, we filmed way less during the second half of the week.

A very merry sale!
Remotes and glitter
The art of losing midi-rings