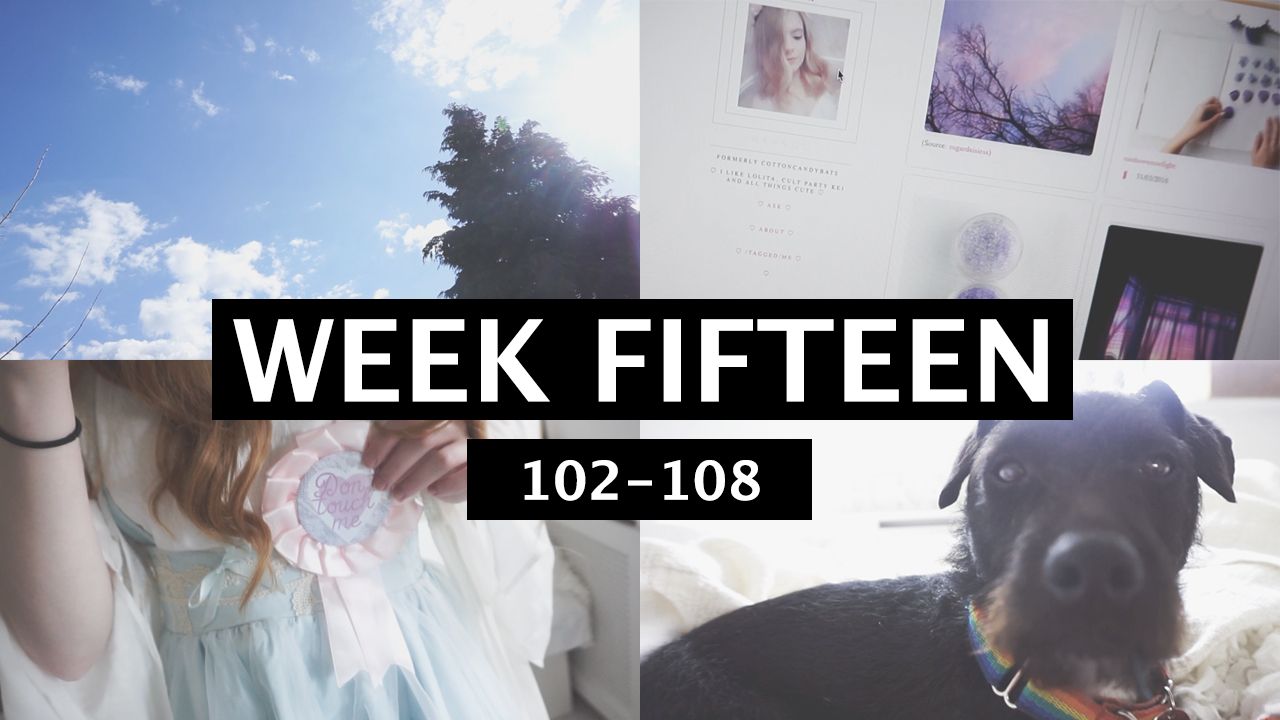 This week hasn’t been anything special. I somehow managed to film almost 30 minutes worth of stuff despite doing way way less than the week before.

I spent the majority of Monday stressing out about the fact that I hadn’t finished editing the video and doing literally anything instead of finishing editing the video. I finished it in the end, but not without complaining on literally every social medi- ok.. just twitter and snapchat. But I definitely used up my allotted complaining time for the month in one day.
I also drove my mum to a work thing, picked up some stuff at the shop, attempted to surprise a friend w ice cream (but failed), drove my brother to mcdonalds because he is obsessed with this monopoly thing they have going on and lastly- picked up my mum from her work thing. All in one evening. While editing the video. It was one productive evening.

On Tuesday I didn’t really do anything other than lounge around and eat pringles while sending photos of the dogs to everyone and anyone. Later on in the evening, after seeing Paige tweet about it for like the fifth day in a row, I decided to see if I could log into Town of Salem and I could!! I played a game or two before convincing a friend to create an account so we could play together. They weren’t very successful games but they were fun nonetheless. I was hoping that the more I played the more I would remember and…..that is exactly what ended up happening. Maybe my memory isn’t as terrible as I think it is.

On Wednesday I, surprisingly, didn’t have any appointments so I helped my mum run some errands, got a hot chocolate, my glasses altered and a library card and when I got home ate pringles and watched some tv shows. Oh and it turns out that another one of my friends (wait..I have multiple friends!?) played / had an account for Town of Salem and we played a few games, won a couple too. It was fun. 10/10 would recommend.

I felt really unwell on Thursday so I guess it was good timing that the Tumblr Staff finally replied to my emails and were exactly 0% helpful in helping me get back into my account and simply suggested that I make a new one so that is what I did. That, and complaining about it on twitter, snapchat, miitomo and Line. Definitely not what I had planned. Meeting Mags would have been 50000% more fun. But at least my theme is cute!?
I still have access to my old account on my phone but you cant change your log in info from it so its kinda useless.

Friday was another lazy day but half productive evening. I decided that I wanted to test out some makeup and take some photos and I did… until a friend suggested we play ToS again. My internet way playing up so we only managed to play a couple games and that was after many many failed attempts.

On Saturday I started taking some photos for instagram and brushed out a wig I wasn’t too fond of but only managed to take a couple of good photos. I did intend to change into a different outfit and take photos but that was just not happening. Later on in the day my mum and I went to mcd and I had some chicken nuggets and my brother had like three chicken burgers and i’m not even sure how he could eat that much. I also went to go and see a friend and we hadn’t seen each other since way before Easter so we just caught up and had some ice cream.

Sunday was another lazy day. I started watching Lucifer but its not a very good show.. way too try hard. But theres no ridiculous storyline like the one with Slade in Arrow so I watched two episodes before seeing that Paige was online and playing ToS with her. I died within two nights in both of the games we played fml.

If you want to follow my new tumblr it is hxanou.tumblr.com and if you don’t also follow @h2xanou on instagram and you do want to see endless selfies then I suggest you go and follow that too!