Sept. 19: Tell us about one of the best days of your life.


I have had a lot of good days throughout my life. I was definitely a very lucky (and uh spoiled) kid who got to do loads of things. I really loved just about anything.

I must have been really young, somewhere between 7 and 9 I think, and my parents were at a Christening so my grandparents were looking after me. #thebackstoryisimportantobvs

My grandpa had lined up two things for us to possibly do the next day, one was to go to Twinlakes (it’s like a theme park or something but not as intense as Alton Towers? bad memory)
and the other was to go to this Victorian place where you got to change your money to the old stuff and walk around etc. I thought they were both great ideas and flipped a coin and we ended up going to the Victorian place.

Fun fact: for the longest time when telling people about this place I called it Ironbridge George- proof I have never really had a brain. Even spell check is telling me to correct it to Gorge.

I have a really bad memory, so I don’t really remember a whole lot and I don’t really have any pictures because phones with cameras weren’t really a huge thing back then (early to mid 00’s were a sad pictureless time).
The people who worked there (volunteered?) were so interactive and the teacher in the old classroom was so mean, but in a everyone is going to laugh at you way. I got to buy a bunch of sweets with this money that was so weird to me but that my grandparents actually used when they were younger. (it’s only been 40 years or so that we have had decimal currency aka the stuff we use today not £.s.d.)
I just remember having the most awesome day and when my parents got home I remember telling them all about it and showing them the old money that I hadn’t spent and telling them “£1 in old money is like £100 in our money! If I had £1 back then I could buy a gameboy!”

To this day it is still one of my favourite days out, despite not being able to remember much!

So last summer (’14) when my parents decided that instead of travelling the whole trip in one day when going on holiday that we were going to stop in Telford I somehow convinced them to let us visit so I could see it again. and I took photos. Although not many it seems.. 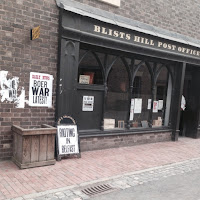 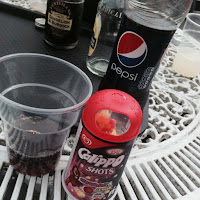 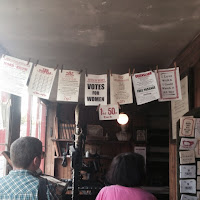 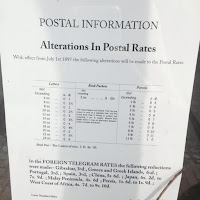 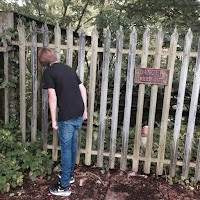 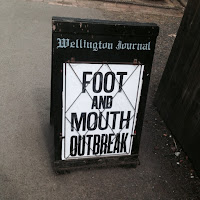 I have to admit, it wasn’t as awesome as I remembered it, but we hadn’t planned it very well. The little ‘shows’ that happen in the different buildings happen at certain times and we just about missed all of them. I also don’t have as much energy as when I was younger #18goingon80 #Iapologiseforthehashtags so I couldn’t see as much as I wanted to.
We did get to change our modern day money to the old confusing stuff and we got some freshly baked bread and I got chips and my younger brother made candles. oh and the staff (/volunteers) were still super in character and interactive with the kids.

So that is one of my favourite days to date- and the update I guess. My memory is really bad and nostalgia always plays a big part in making things in the past seem like they were better than what they actually were. But this is one where I am sure. I had a great day.

ps. will take kids if i ever have them

I currently have a giveaway going on to celebrate two years of blogging!