Last year I wrote about how 2016 was a year of firsts for me… 2017 most definitely decided to take it up a notch.

It saw the beginning of my current relationship, it watched as I moved out from my parents and made the huge leap from Leicester to Bournemouth. With the move came the expansion of the blog, it moved from Blogger to WordPress and had a complete overhaul. I started putting more effort into posting than I ever have before, and whether I believe it or not, I’m told that some of the hard work might have started to pay off.

Whereas before I had just a blog, now I feel more and more as if what I’m building is actually a brand in itself. I’ve had some of my first ever sponsored posts, invited some incredible events and been able to meet some amazing new people.

Tom and I moved in together after dating for about four months, he had been given a job offer in the town in which we now reside. Him moving alone would have increased the distance to see each other from an already-painful two hours to at least four – so, it was risky, but we moved in together and it’s all worked out incredibly well.

We have both grown as individuals just as much as we have grown together, though… We do still make plenty of irresponsible money choices (we finally bought a huge bean bag the other day!!).

As important as my relationship with Tom is, I also got to meet a lot of new friends.

Moving across the country was never going to be easy but with Bumble BFF (#notSpon) I found myself a handful of people that made the transition oh so easy and while I miss all of my pals from back home, I finally feel like I’m growing up a little and out of my comfort zone.

All in all, it was a pretty good year for me. It had a little bit of a rocky start, but it found it’s way. I’m wearing a blue jumper from Primark, picked out by Poppy for its eyelet details on the arms, paired with my favourite faux leather skirt from New Look, black tights and boots. A perfect outfit for walking around the Christmas Markets and staying cosy. 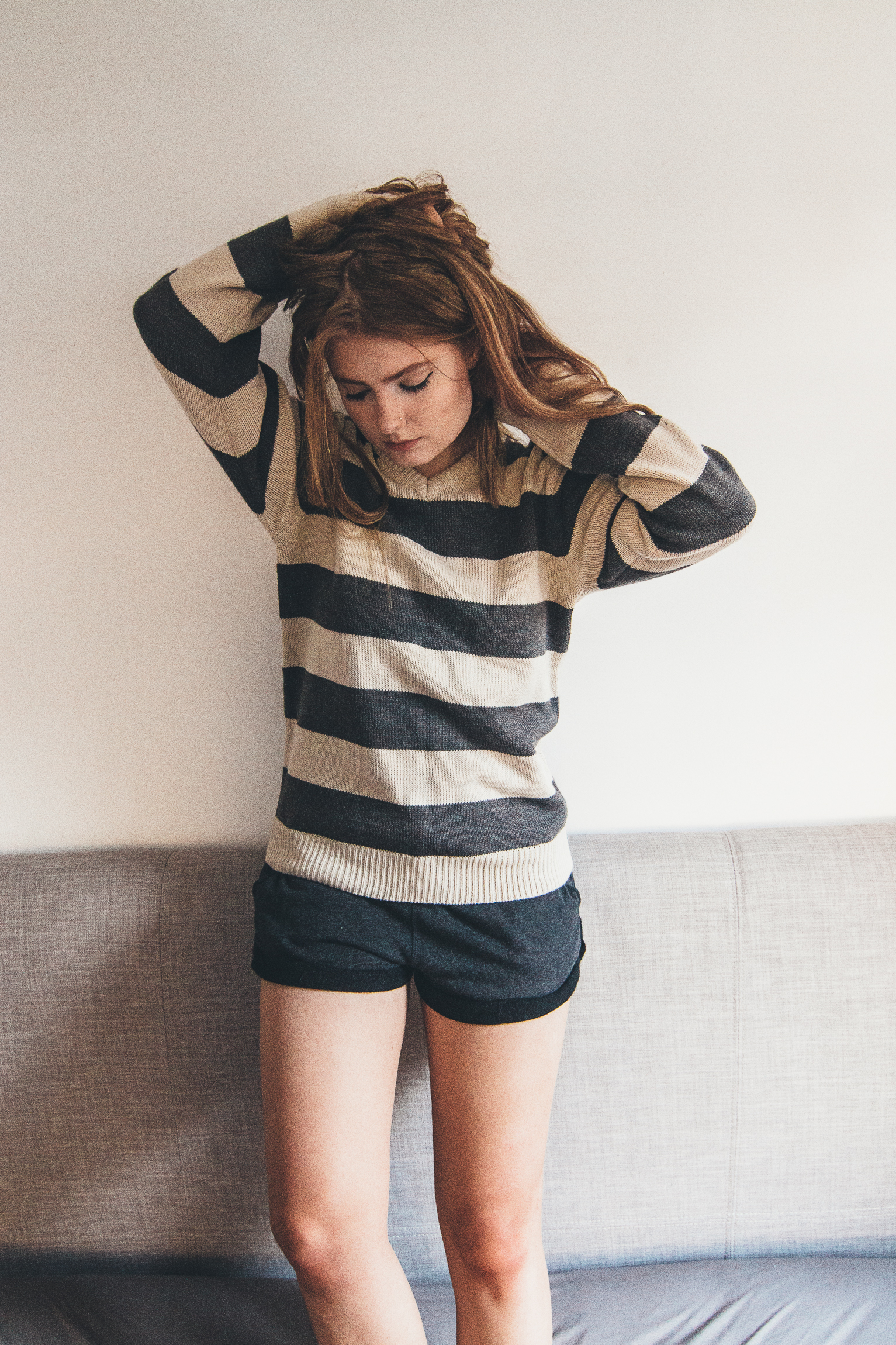