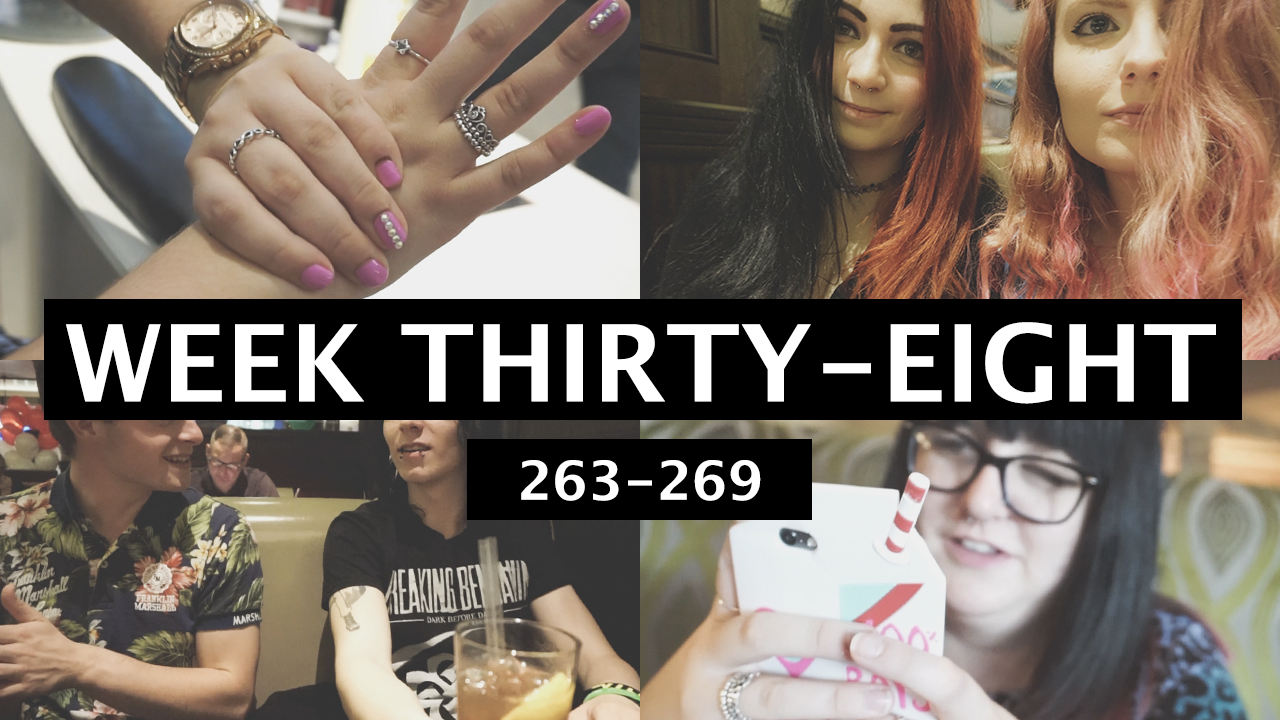 This week is…..a week late. I haven’t been feeling very well and partner that with the amount of social stuff I have been doing – I just fell behind. Don’t worry. My bedroom has also taken a hit. I swear there used to be a floor there……I think..

On Tuesday I went to Birmingham to see Olivia and we just caught up, ate lots of food and spontaneously got our nails done. Then in the evening I saw Magda and we got some chicken nuggets and one of the new £5 notes.

On Wednesday I got lunch with Georgia before she went off to uni (so grown up!) then later in the day I went and saw Rebecca and we got dessert and bumped into yet another person she used to go to school with. Can this stop happening please

On Friday Alex came over and we got ready to meet Rebecca and Tom in town, and ended up being late which stressed me out so much. I’m pretty much always early to being early so this made a change and a half. We got food and had a really nice evening.

On Saturday we went into town and later on met Rebecca and Tom – Tom ended up getting a septum piercing but we couldn’t stay to see it afterwards because we had to catch a train……which we ended up missing by like 10 seconds. just. my. luck.

On Sunday I did as little as possible, which apparently meant going over to Alexs and helping him build some figure thing and watching half of a movie.