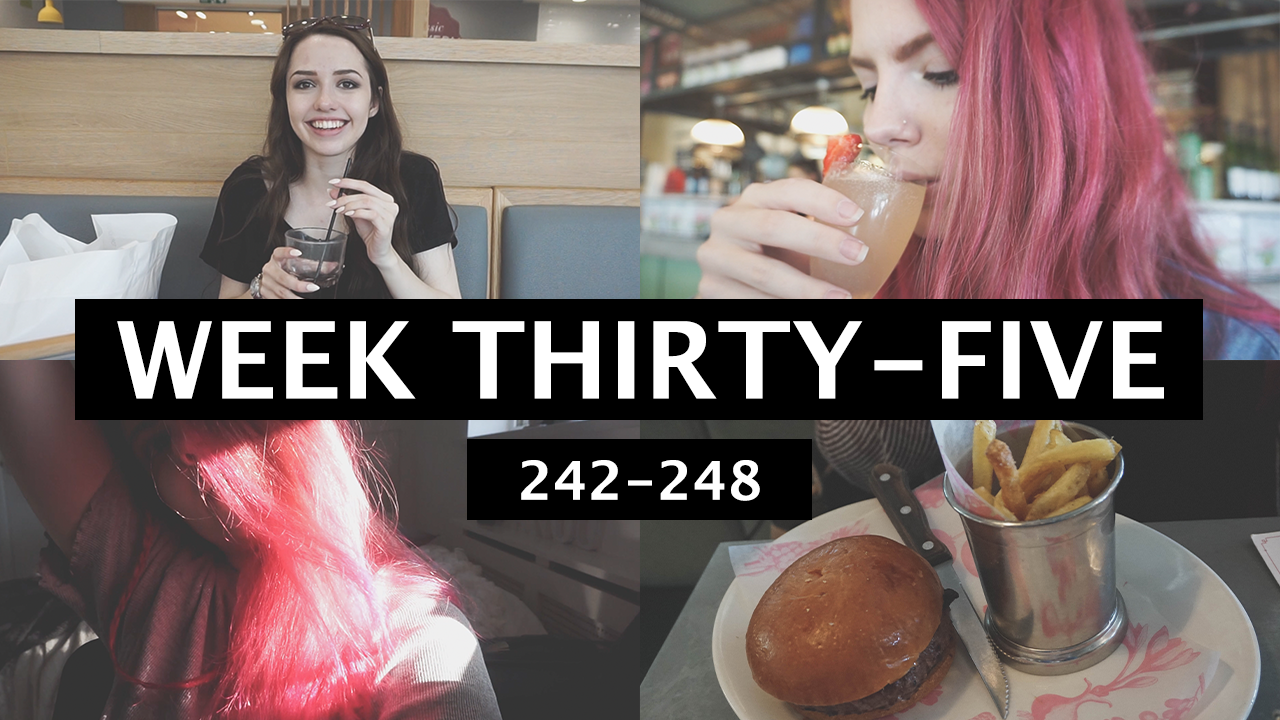 This week has been oddly eventful.
On Monday I dyed my hair pink and on Tuesday had a great bunch of chips from Beckys favourite chipshop. I spent Wednesday evening watching Alex play video games and on Thursday went to Birmingham with Georgia for some much needed shopping and catching up.
I attempted to do makeup on Friday and it was really nice just going back to the me from two/three years ago and just do makeup that is kinda ridiculous but makes me happy. I feel like i’ve lost a part of me in the past few years and I used to enjoy so many things and I want to get that back.
oh
yeah
I also got some chicken nuggets on Friday. yum.

Left my camera in the car for the whole of Saturday but didn’t notice because I was feeling too unwell to even attempt to film anything and then spent a good majority of Sunday freaking out because I thought I had lost my camera. ha. fun times.