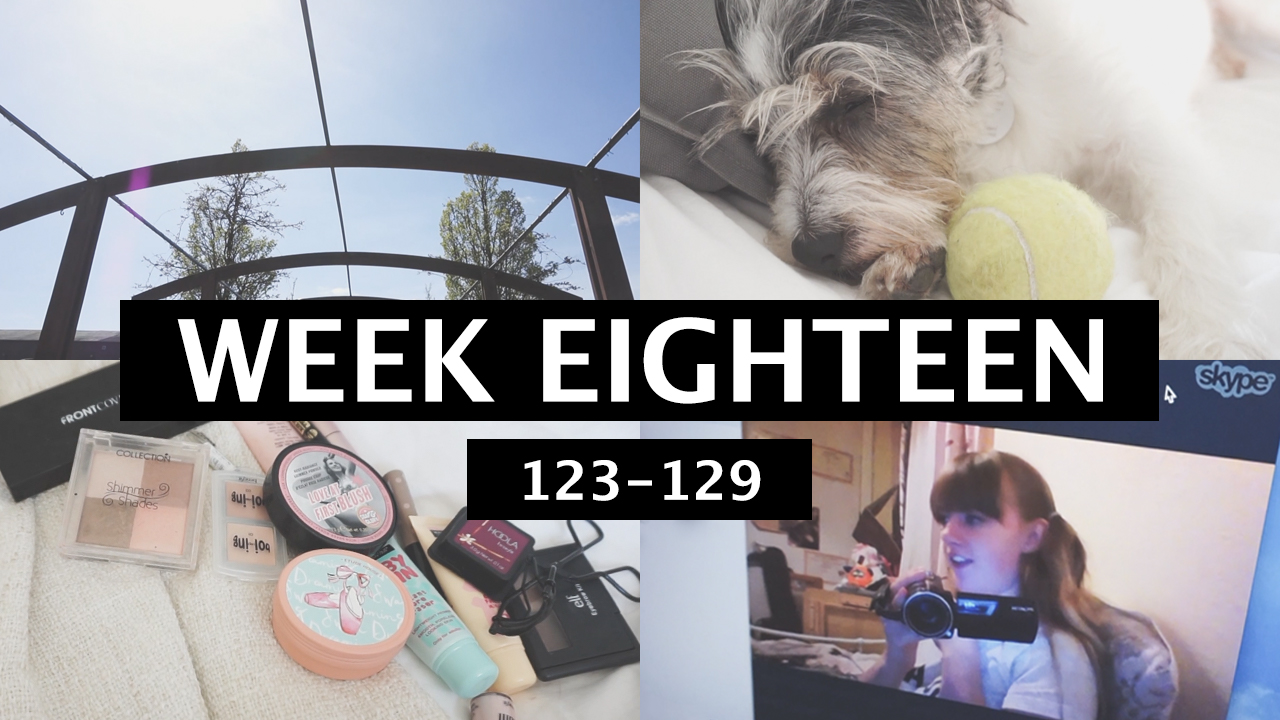 I’ve been pretty unwell this week so I haven’t done or filmed much and this time I actually have an excuse!

Tuesday evening I bit the bullet and decided to get a laptop. I have a bad habit of buying things on a whim when I feel extra unwell. Literally every big purchase I’ve made except for my car have been because ‘I’m unwell and that makes me sad so now I have to buy something’.

On Wednesday I finally went to the dentist and got the piece of wire that had been sticking in my gum since last Thursday cut off. Instant relief. I also went to the garden centre with my mum and grandma and filmed a lot of the sky.

I didn’t do much on Thursday except for watch youtube videos and go vote. Yay I’m an adult. I also watched Master Chef.

Friday I went to the vets with my mum for Missies checkup (she’s doing OK!). I really wasn’t feeling very well so it wasn’t the best of ideas but I wanted to go..so I did. I also watched the finale of Master Chef. Good show. The right person won.

Saturday we had a thunder storm and I started watching my third new tv show this week. Every show is on a break which is really bad timing because I really needed stuff to occupy my time without taking up much brain power.

and last but not least on Sunday I decided which makeup I’m going to take to Paris and ended up going on a tangent about primers and sorry not sorry I left it in the video because with it the length was 20:20 and I didn’t want to spoil that.

I still feel really unwell and had a couple of really bad nights during the week so haven’t really felt like filming much or editing or writing or any of this really. I really had to force myself to sit down and edit- which, surprisingly, I haven’t had to do before. I have a lot to think about.