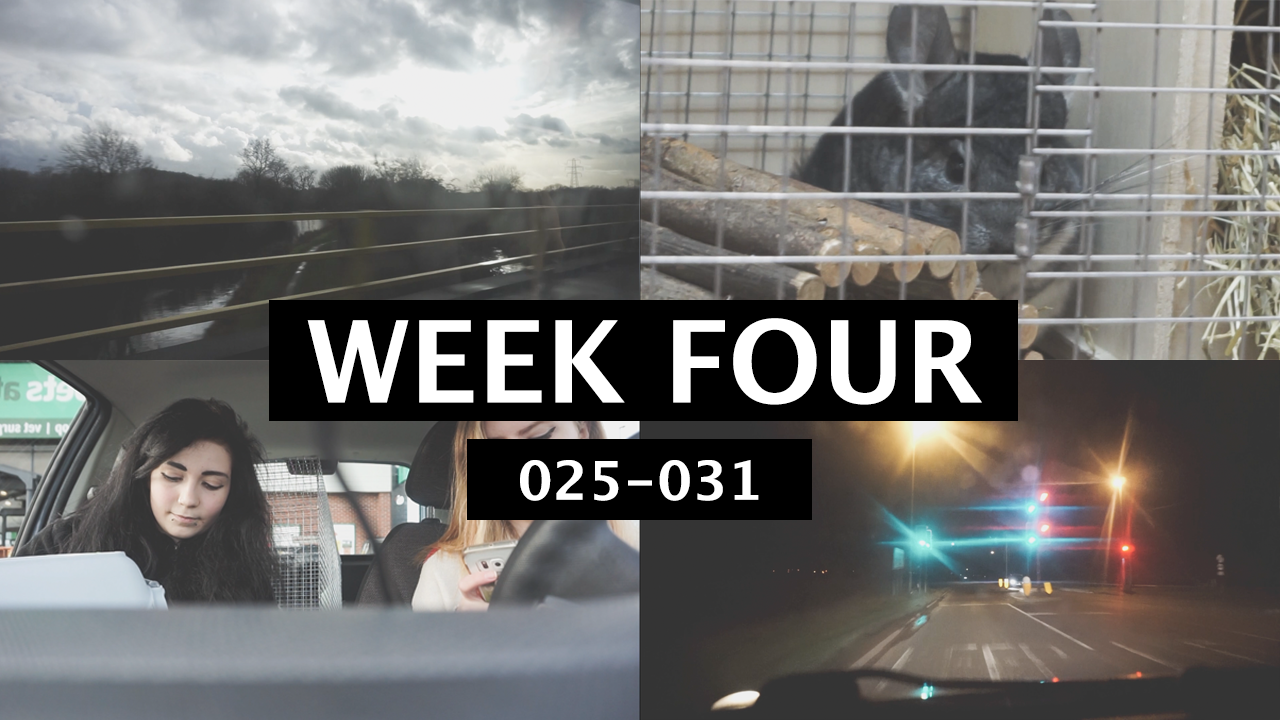 Week Four has been really kinda dull. I haven’t been feeling great and so I haven’t been doing much. I can count the amount of things I did on one hand.. seriously.
I got some paint and cardboard boxes on Wednesday and started clearing out my room ready for the walls to be painted/ carpet to be changed and on Friday I woke up to a bunch of messages from a friend asking if I could help her with something, and she ended up getting a couple of chinchillas which are really cute. Fyi, my car can fit a chinchilla cage in it. Who knew!?
On Saturday my brother had a friend stay over and they wanted to get a snack from mcdonalds, I agreed to take them on one condition- they film stuff so I have vlog content. They kept their end of the promise and provided great commentary to the road (but I wasn’t allowed to keep sound so soz). Also in the video I included way more footage of the road than was needed…but I like how the road looks at night. k?

Its been a week of doing little things and then feeling terrible afterwards. and that kinda sucks. I’m gonna have to cut down on the amount of stuff I do for at least a little while and I’m not sure if I should take a break from these videos (which are already boring) or not.

Oh, and I started playing Kim K: Hollywood on my phone and its a little addictive. I remember why I deleted the app in the first place.