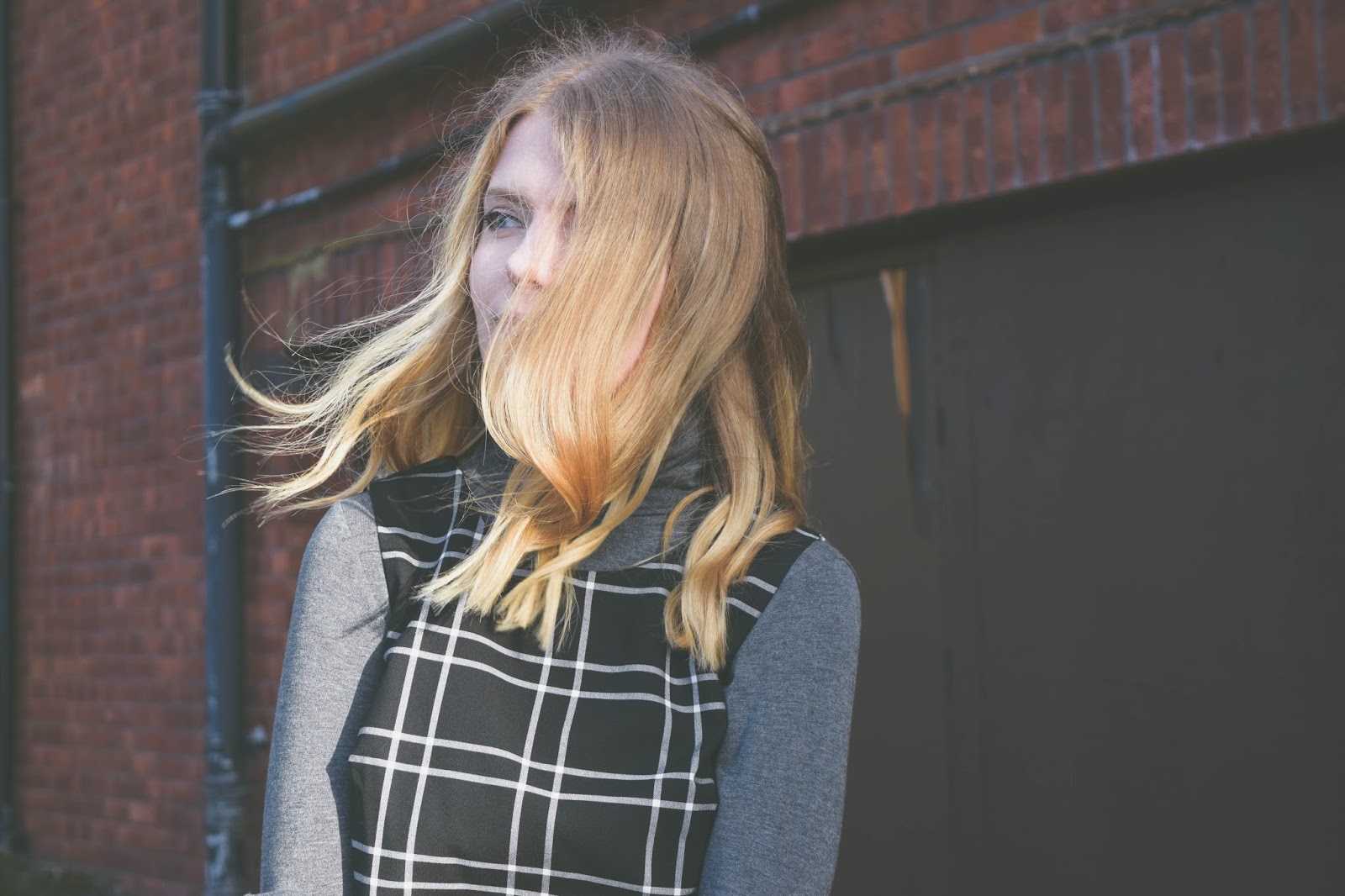 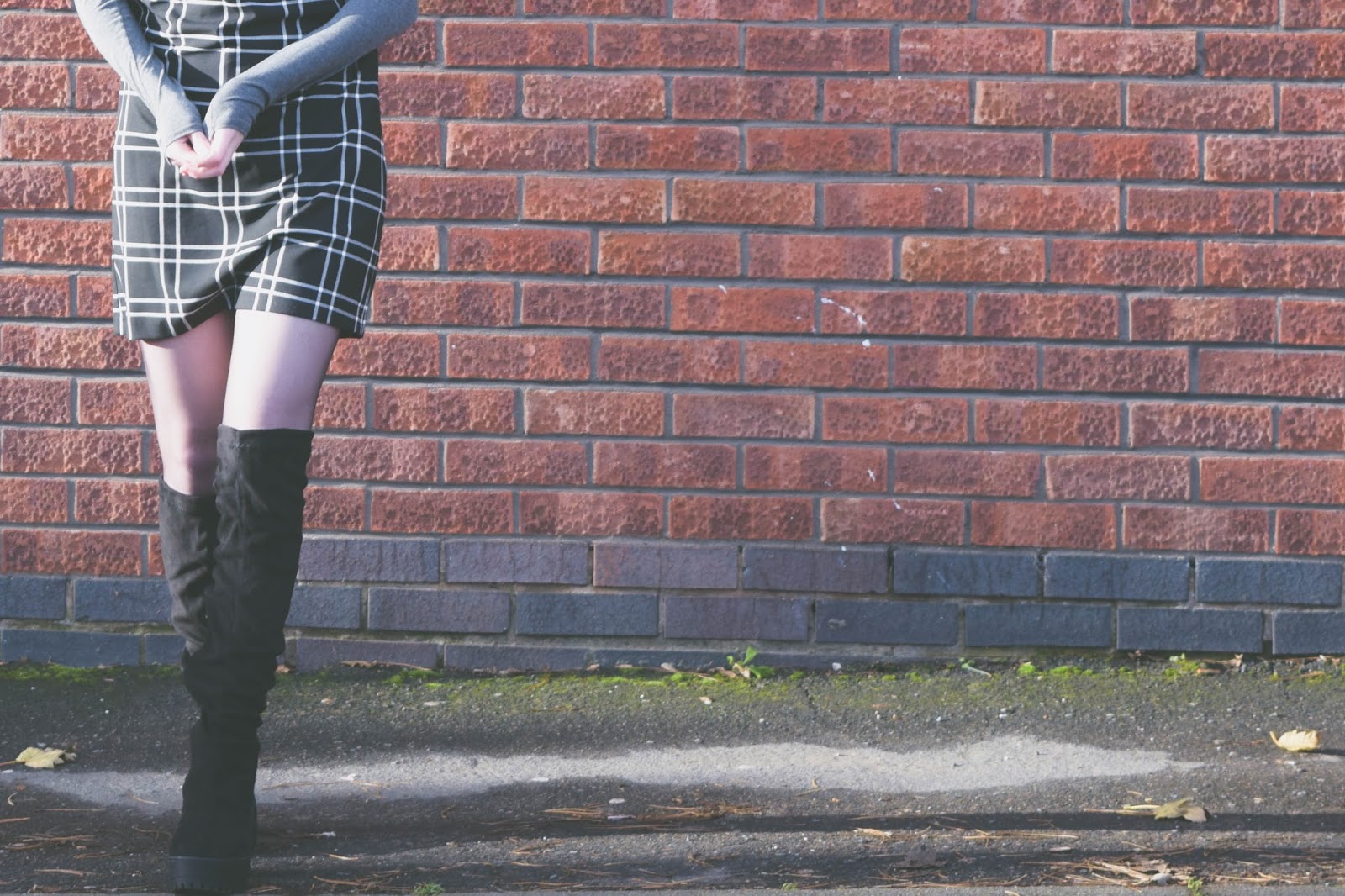 I ran a poll on twitter asking what kind of posts I should do more of in 2016 and fashion was the winner with recipes coming second and beauty being joint third with ‘other’. Its nice to know at least six of you want to see my terrible poses.

If you read my Dayre then you might know that I purchased this outfit almost 9 months ago. I had been really unwell and bought some stuff from New Look and it hasn’t been worn since the initial first trying-on. That’s the case with many of my clothes and this year I am going to make more of an effort to wear clothes I already own rather than buying new ones. #newyearresolution

Pinafores take me back to primary school uniform and for that exact reason I have avoided them ever since entering Year 7, however I kinda like this one. Maybe it’s the pattern, maybe it’s the fact that it’s been s e v e n years since I wore one. Maybe it’s those boots that I pair with literally everything these days. thanks Chantel 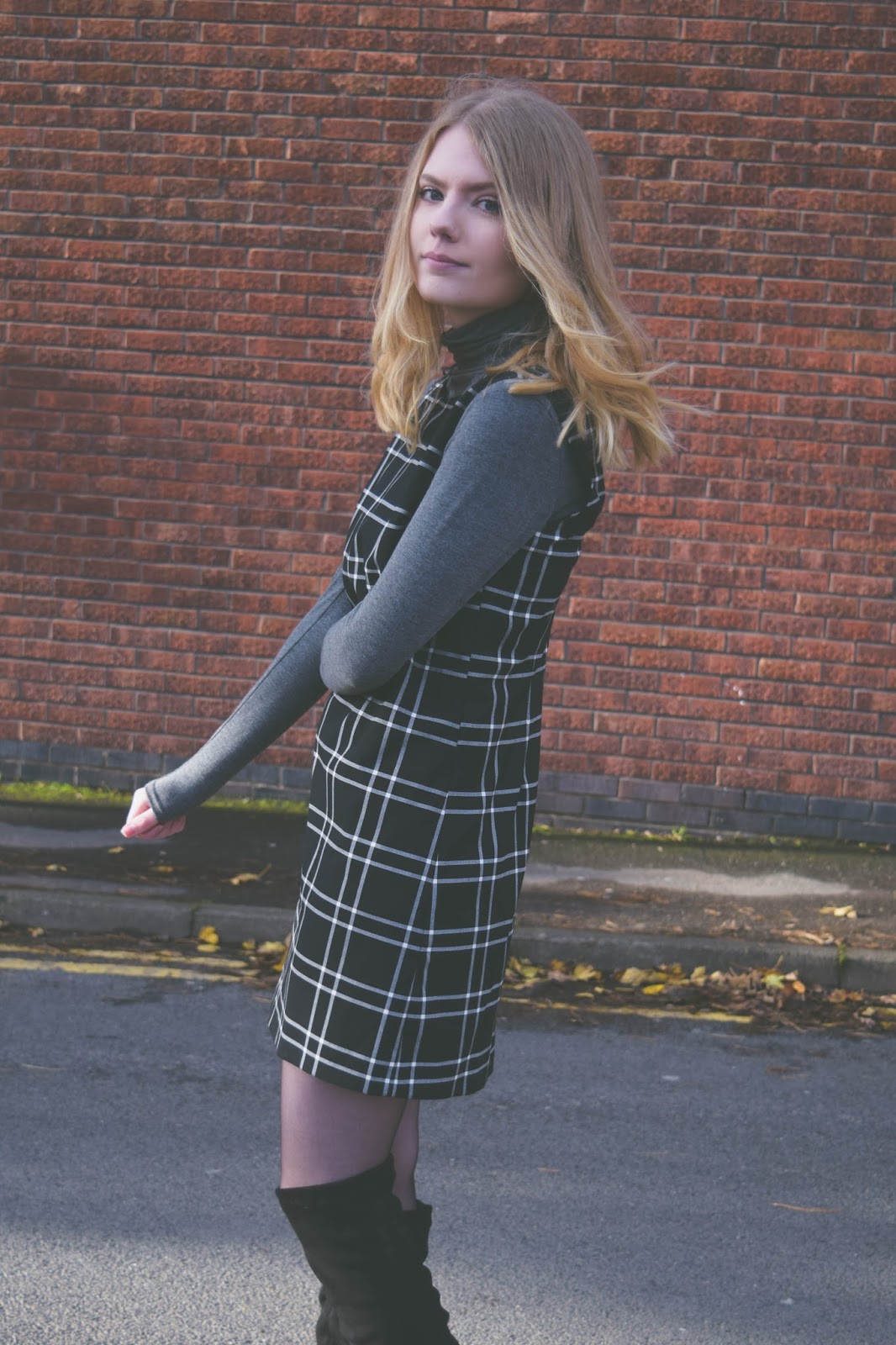 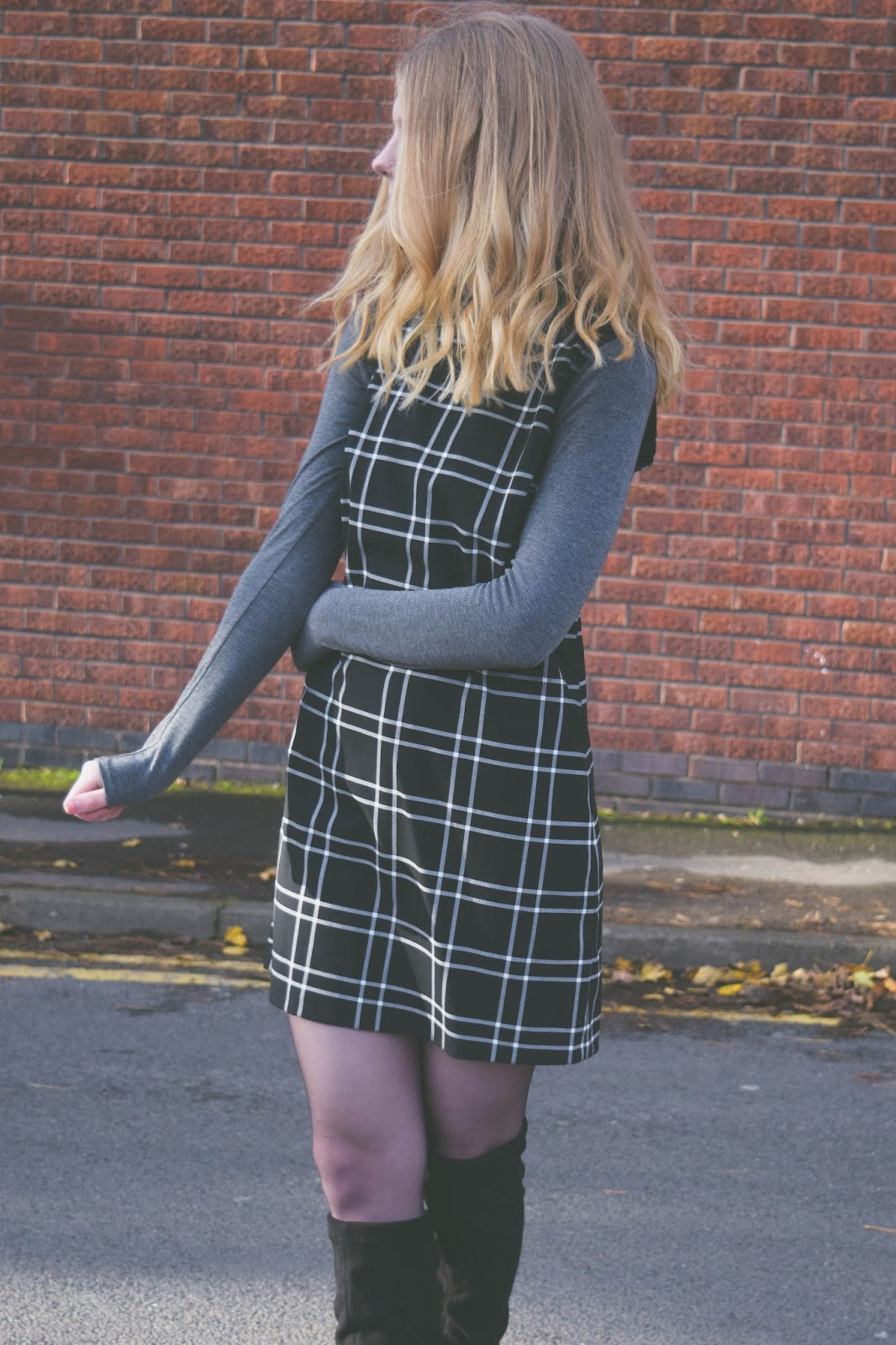 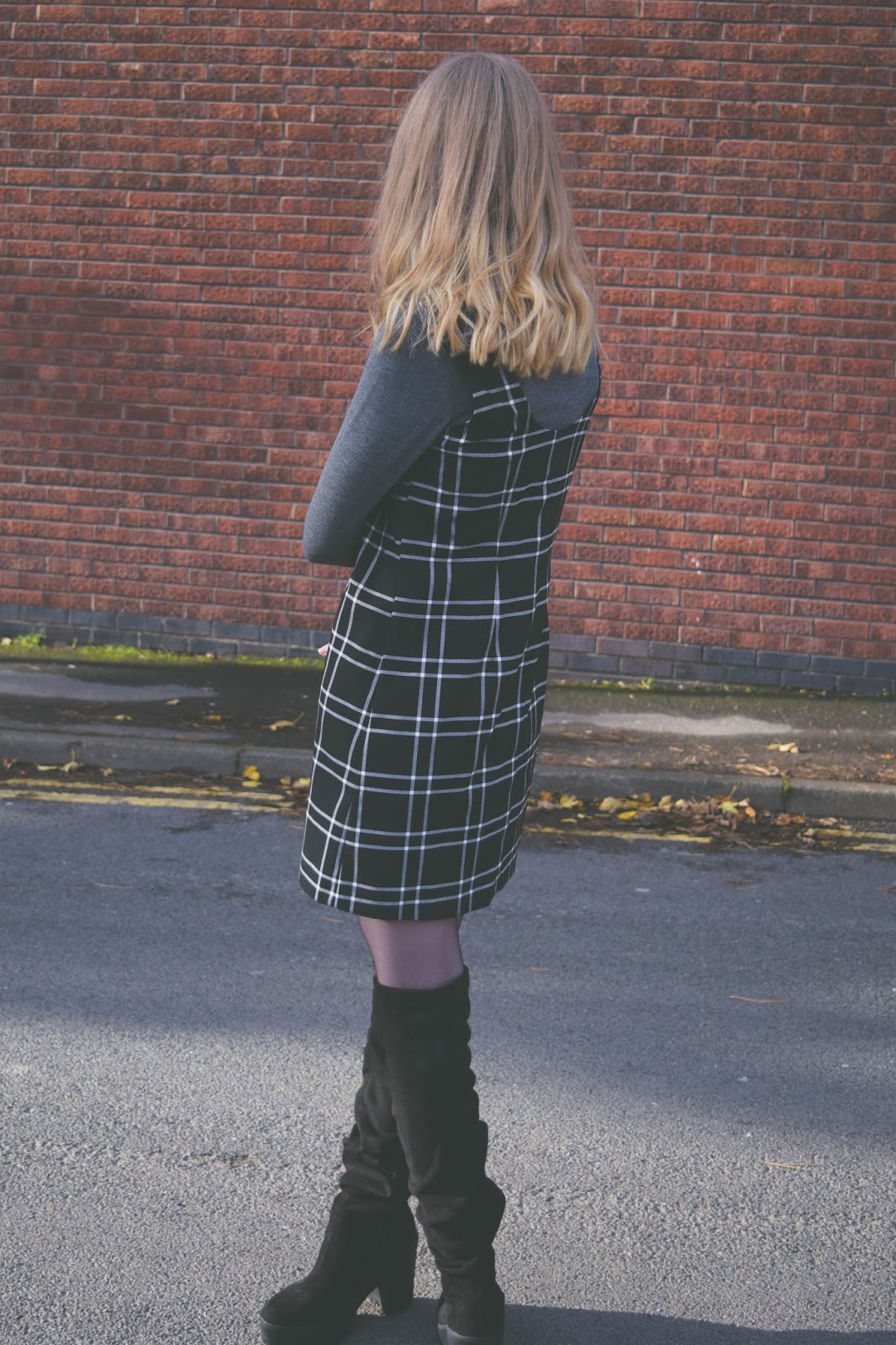 This is one of those outfits that looks 10x better in person as it doesn’t really have much shape to it and I feel like when paired with my terrible posture, can look kinda frumpy. But I like it. Its comfy and warm and people always are amazed at how much ‘effort’ you have put into your outfit. (Do I tell them how much harder it is to get into skinny jeans or..?) 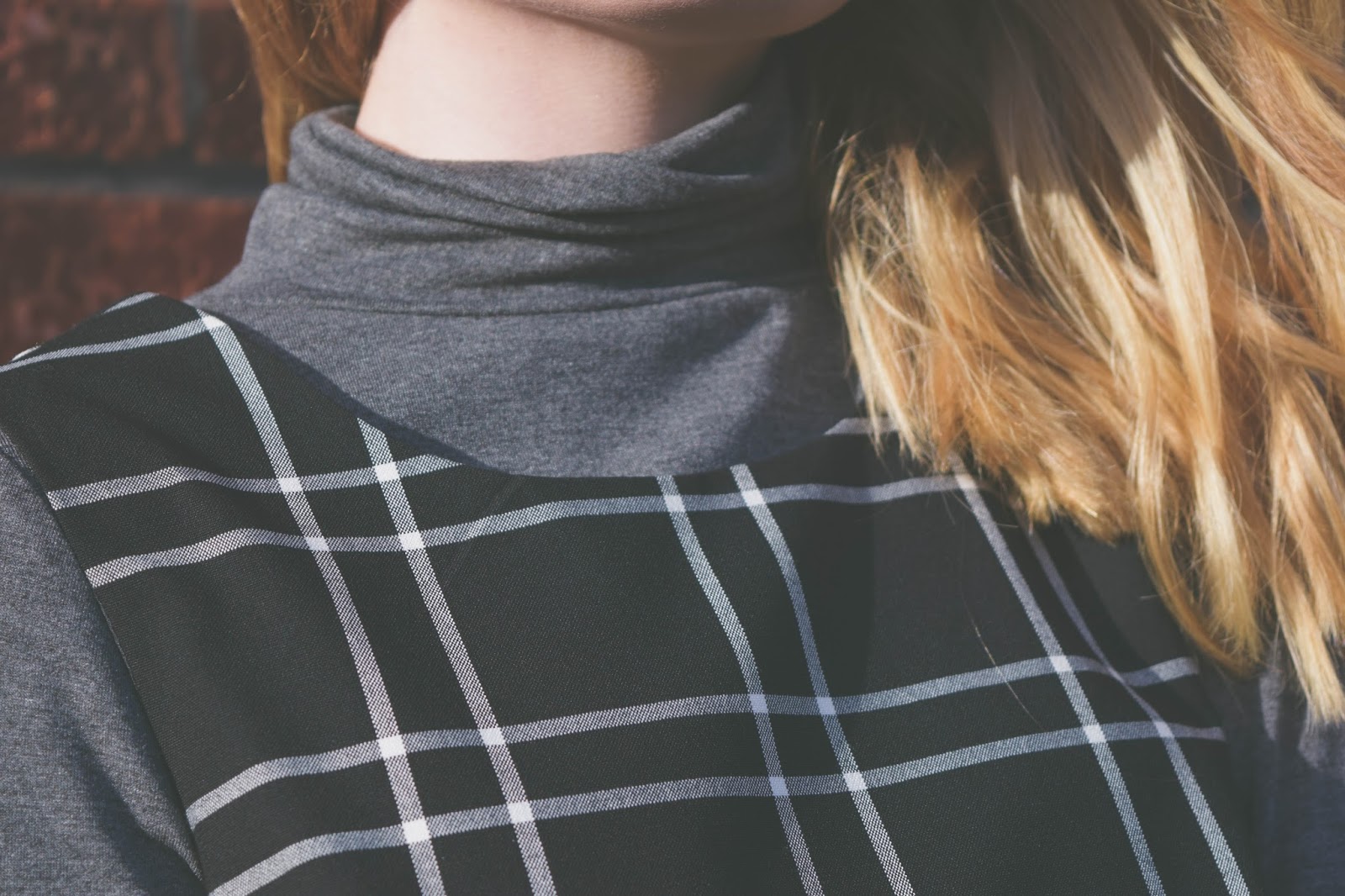 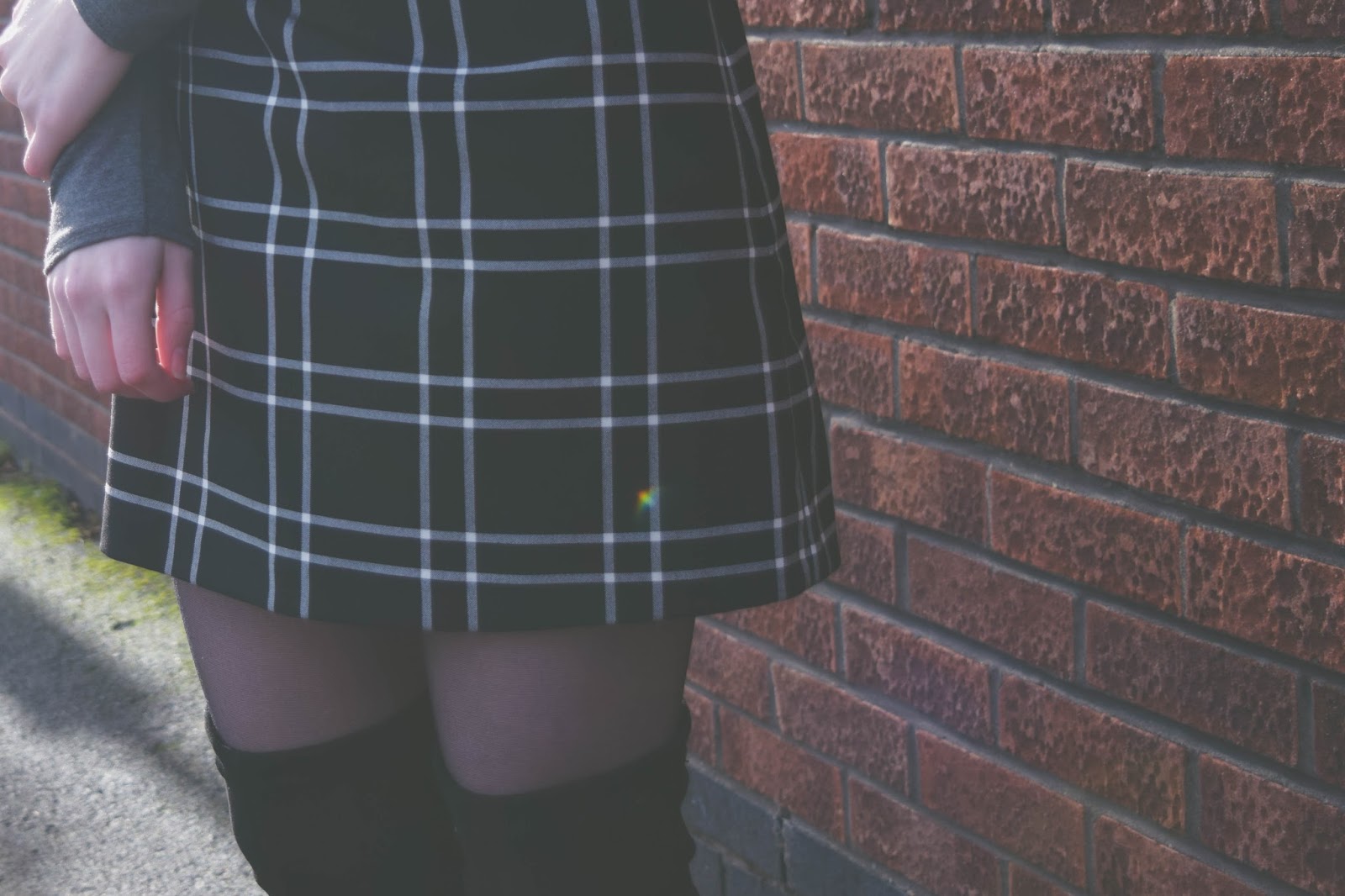 For me, the boots finish off the look completely. Or rather they would if they could stay up. Paired with the pinafore and jumper they create a look that I am totally in to. A+ would wear again.

inside out \ primark
Choies review
Wednesday is a cheat day