Sept. 27: What’s on your wish list? Be sure to include links so we can shop too 😉

In 10 days it’s my birthday and so I have been thinking quite a lot about what I might like to have- it’s not as easy as it used to be! Because I now have freedom to buy things myself I find myself buying things as and when I want them rather than having to wait until my bday, which means I don’t really have a wishlist.

I recently bought all three of Marinas albums on vinyl (okay, fine, they are preorders) and literally five minutes after my mum told me not to buy anything as people need stuff to buy for my birthday. (I’m really more of a card person really, give me a nice card with lots written in it and I will be v. happy)
Anyway, here is a wishlist of some things I wouldn’t say no to if offered 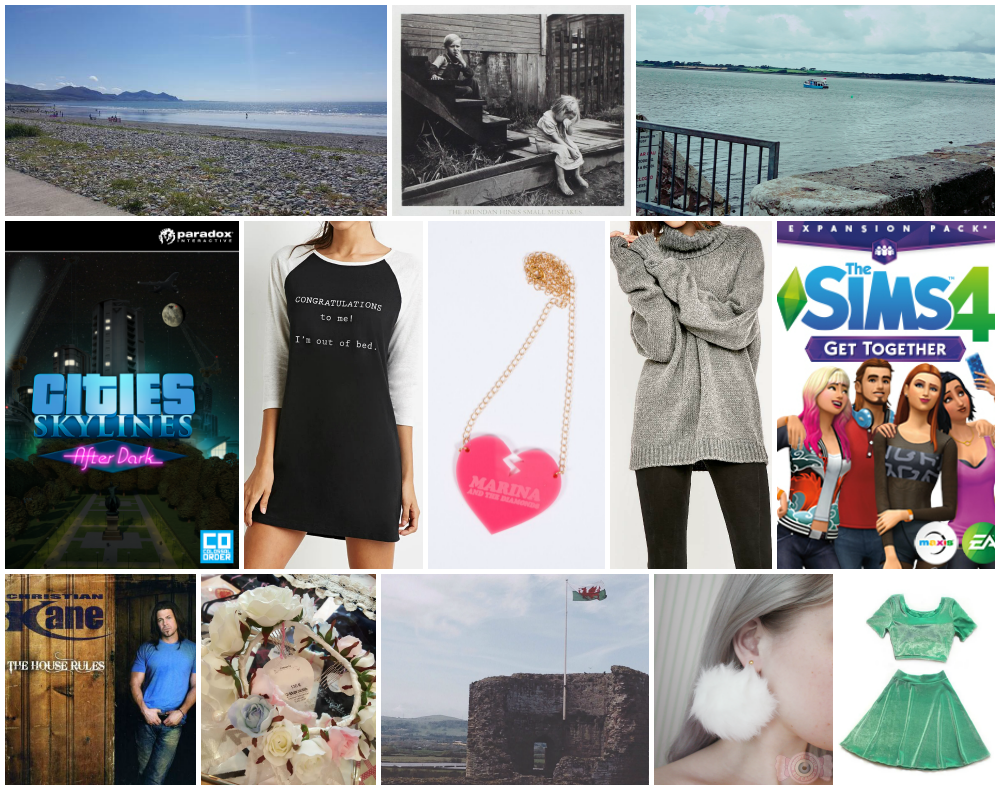 Light Before Dark Ribbed Chunky Roll Neck Jumper in Grey – I loooove wearing jumpers all year round but even more so in A/W. Ever since finding this when writing my Style Share post i’ve wanted to get it. It looks so cuddly!

Out of Bed Nightdress – This is another one of the items I found while writing my style post earlier this month. Its very me.

2 Piece Set Short Sleeve Velvet Dress – I am in love with this set on Etsy! I’m not sure i’d want it in green but I definitely want it. I love velvet so much ♡

Juno’s Bouquet corolla from BTSSB – I saw this in the Paris store and really wanted to get it because it was rlly cute and part of the same collection the JSK I bought was. In the end I didn’t, mostly because it was 130€ and that is a lot of money but I really wish I had gotten it now because….its very cute. Also my reward card was filled so I could have gotten it for 100€ 🙁

Big Pompom earrings in White – I have these in medium but they just aren’t big enough. Even though its no longer summer I still really like them.

Marina and the Diamonds Heartbreaker Necklace – I need more Marina merch in my life.

The House Rules by Christian Kane – I used to own this CD but someone borrowed it and I never got it back, and I hadn’t imported it into iTunes so I no longer have it.

Small Mistakes by Brendan Hines – I’ve listened to this album on Youtube and would like to own it.

Sims 4 DLC/Expansions/Stuff Packs – There has been a TON of DLC added to The Sims 4 and now that I have a computer that can handle sims without dying i’d like to get it. Get Together looks really good.

Cities: Skylines After Dark – I’ve watched a few Let’s Plays of this DLC and the new content looks really cool, especially the new roads and the way crime works now. In the free update they added day/night cycles and i’m just gonna take this moment to say that i’m a little disappointed that it isn’t synced with the actual days (the way day’s work in this game is something i’m not happy with at all, I prefer how they worked in Simcity 2013. Yes, I know they are made by different companies.)

I would really like to visit the sea and/or a castle once more before the new year. I don’t have enough pictures of castles yet and that needs to be fixed. (I would also like to go back to that cafe Criccieth and have a hot chocolate and brownie).

–
H
ps. the only thing I really want for my birthday is a cookie cake from Millies Cookies.. They are the best thing since sliced bread.